How Nuclear Power in the UK has improved the Life, Lifestyle and Health of Someone You Know – and Maybe You (Ukraine added 23 Nov 2019)

From 1956 to today, the UK nuclear power plants have generated 3,000 TWh of low-carbon, 24/7 electricity - free of airborne pollutants, GHG emissions and toxic pollutants of land and water. 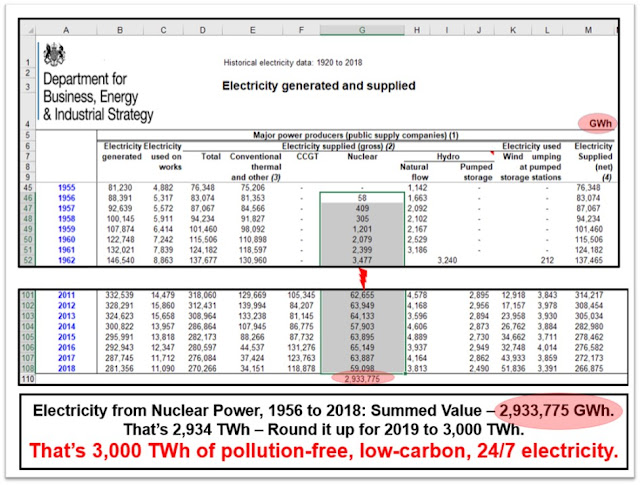 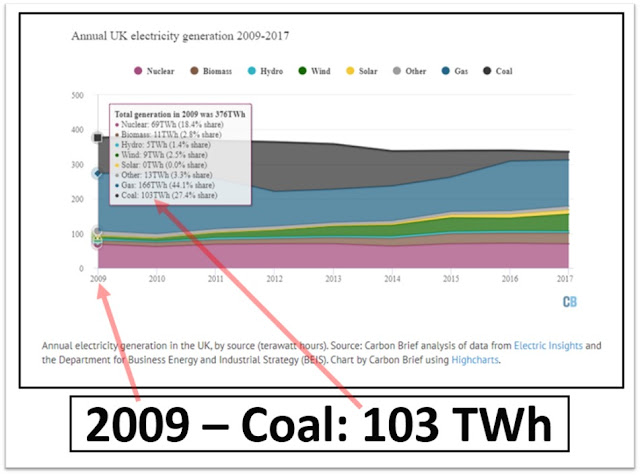 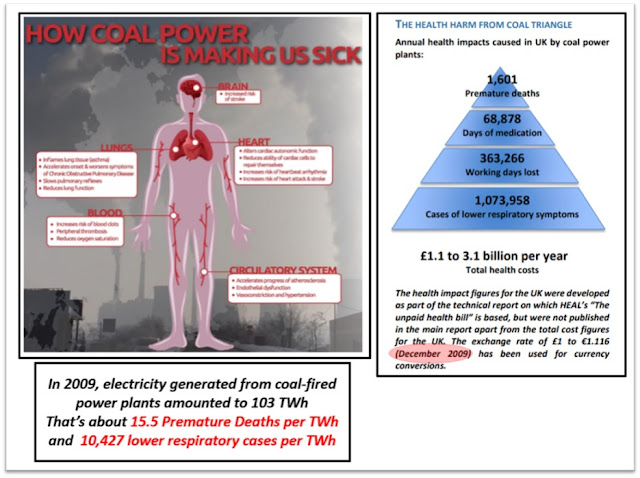 What does coal cost health in the United Kingdom?

"...It shows that the fumes from coal-fired power stations are responsible for the following effects on UK citizens: 1,600 premature deaths, 68,000 additional days of medication, 363,266 working days lost and more than a million incidents of lower respiratory symptoms, which is costing £1.1 to 3.1 billion (€1.3 to 3.7 billion) each year..." (Averaging £2.2 billion per year)


But how many premature deaths have been saved and cases of respiratory ailments prevented by nuclear power generation in the Ukraine, displacing the burning of coal? 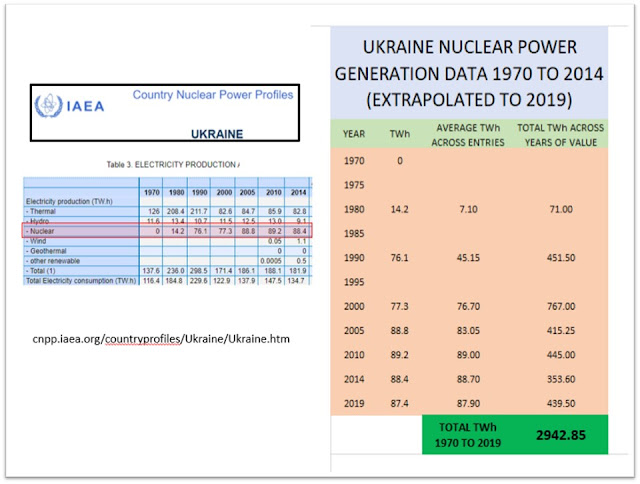 I work for Hitachi Cable America in Manchester NH usa. In 2014 a fellow engineer asked me "How do we solve Climate Change?" Thus began my journey as in 2013 I had heard James Hansen say "Time to Go NUCLEAR!". I did not Know Hitachi was Nuclear company. Fast Forwad 2020 Hope=BWRX-300 can begin to solve Climate change. My research in to RE == Propagander for the Fossil Fuel Industry. Good Luck with the Blog. Brian Campbell BSEE UMass Lowell