Fund Managers with £9.0 billion to invest, should you: Invest now in Offshore Wind OR invest in Advanced Nuclear Power Plants in 5 years time????

£9.0 billion of capital investment is going into Dogger Bank Offshore Windfarm right now. The first electricity generated will be in 2023 and full capacity reached in 2026.

One of the first Advanced Nuclear Power Plants (NPPs), the BWRX-300 Small Modular Reactor (SMR) will commence operation in 2027 and should become available in the UK by 2030.

This is Dogger Bank A; B; C - Offshore Windfarm: 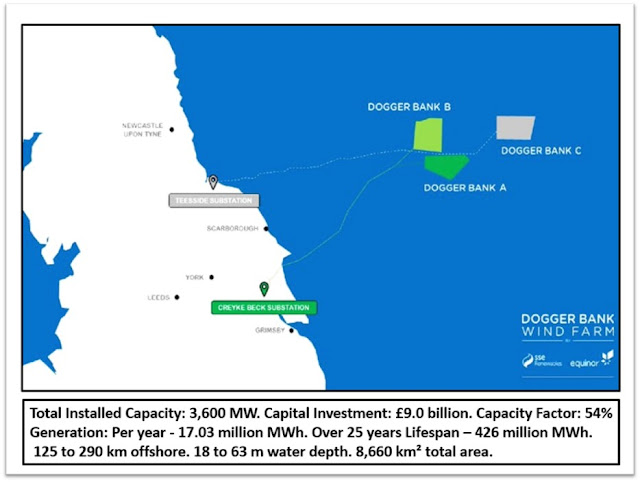 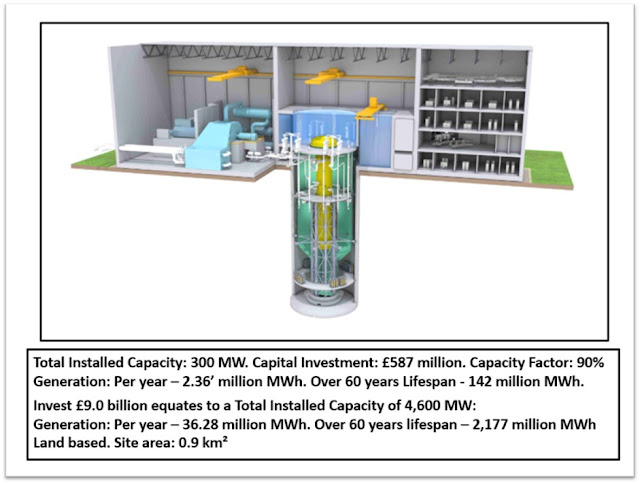 The most significant factor investors should consider about advanced SMRs is their build programmes are now down to 2 years - no different to an offshore wind farm. So the cost-of-capital burden that has drained investment from conventional npps is utterly negated. Comparing investments, it need not be considered a part of 'Significant Costs'.
--------------------//--------------------
For the Dogger Bank investment, assuming the full 426 million MWh are generated between 2025 and 2050, the first significant cost is capital investment: £21.13/MWh.

The third significant cost is fuel and since it is stated frequently that this is 'free energy' the cost is £0.00/MWh.

For the Advanced NPP, the BWRX-300, the first significant cost of capital investment is £4.13/MWh.

It is then possible to ascertain all of the remaining costs: Fuel fabrication; O&M; waste fund; decommissioning fund - from an analysis of Hinkley Point C npp. All of these costs add up to €23.00/MWh in 2018. Factor in the 2018 € to £ exchange rate and UK inflation to 2020 and this significant cost is £25.10/MWh

Thinking in terms of a Wholesale Electricity Price of £50.00/MWh, by 2050, after its 25 years lifespan of economical operation, Dogger Bank will have generated an income of £21.30 billion, with significant costs of £17.61 billion. That's a potential for dividend payments from earnings of £3.69 billion.
Working out at £0.41 for every £1.00 of capital invested.

Meanwhile, it is reasonable to assume the Pension Fund Manager holding onto his £9.0 billion until 2030 would probably have partaken of 'opportunity earnings'. Then by 2030, the £9.0 billion invested in advanced npps starts earning on the Wholesale Market. 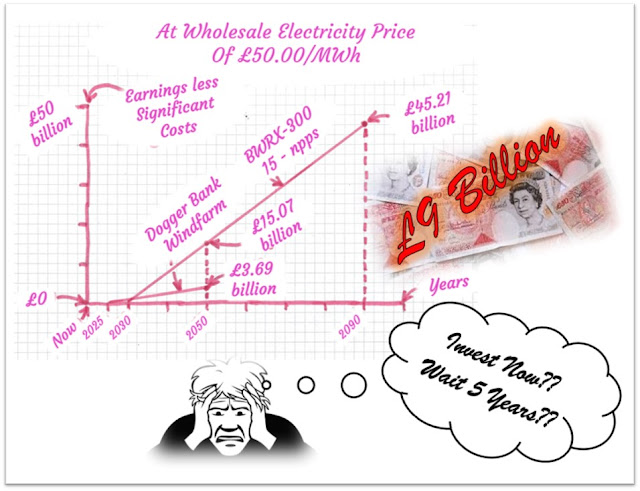 DO NOT INVEST IN OFFSHORE WIND NOW - KEEP YOUR PENSION FUNDS SAFE FOR ANOTHER 5 YEARS AND INVEST IN
ADVANCED NUCLEAR POWER PLANTS!

The blog is written in a good manner. The way its written is so interesting. good blog. thanks for sharing.
https://www.lcrenovation.co.uk/house-extension-in-camberwell/
House Renovations in Camberwell